Share your ideas and thoughts for the game with the community and team.
Post Reply
10 posts • Page 1 of 1

This is a thread to talk about a few things, but all pertaining to MAGIC.

I am curious if people think the game will have our Hero Mouse casting spells with magic, even simple ones, the traditional way. If not, do you think the mouse will end up casting via magic items like wands, rods, rings, armor and weapons? Do we get a flame sword, or possibly a ring that makes the sword firey?

I'm also curious what types of magic itself would folk think to exist in this realm. I haven't seen mention explicitly saying what exists and doesn't exist, but you can infer from some details, like undead rats, that there are elements of magic on the island.

Are there items buried in the ground lost from wars that are tainting the island? Is there possibly a cult of Rats hidden deep who have learned necromancy? Or is there only simple Nature magic mixed with mild herbalism and potion making?

I could see the hero mouse having a few ways to bolster and fortify abilities to solve puzzles and get through situations. Do you use a magic shadow ring to make sneaking easier? Do you craft a potion to make you faster? Do you cast a spell to deflect attacks and run headlong through the area? 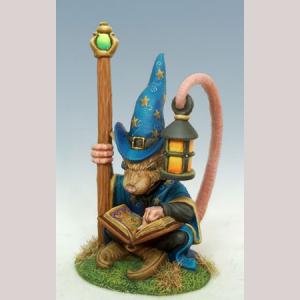 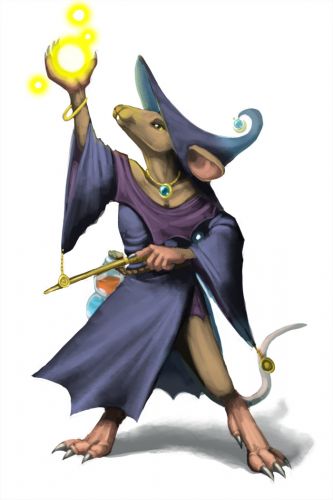 Yes, I've also been wondering how magic will fit in the GoaT world. This is kind of a continuation of the discussion that EvilKing and I have had here: http://www.ghostofatale.com/forum/viewt ... f=13&t=225

I do get the sense that there will be certain items with enhanced power (magical or spiritual) that will come in handy in solving puzzles, moving about the island, and dealing with the various enemy and friend characters. So far, Seith hasn't described how they are crafted or created.

The eerie and wierd Island of Periclave seems, in itself, somehow be magical/spiritual. At the very least, it is haunted by undead rats. Perhaps there is another powerful spirit trapped on the island?... the "Ghost" in the "Ghost of a Tale" title

I like that idea. That maybe the strange happenings, or the reason the hero mouse has to quest, is because deep in the island is a ghost pulling all the strings. What would you do when at the end of your journey, the ultimate foe wasn't even alive? You can't hurt them.. they can't be killed.. they just exist, but not really? That in itself would be an interesting problem, and opening up a final questline to discover a weakness and the search for a way to purge the evil spirit forever. Or.. do you just find a way to kick it off the island to someplace else? (or is that why the spirit is on the island, because someone purged it from somewhere else and "bound" it to this location magically? )

It would be fun to see magic be related to that idea. All magic, magic items and strange spells end up just being after effects of the binding spell cast on the ghost, affecting things on the island as the spell decays over hundreds of years.. hehehe... It would make for a neat way to believably "lose" most of those magic items/abilities by the end of the tale so they don't necessarily carry over to potential sequels *hint hint* lol When the binding is destroyed and the spirit is allowed to dissipate, so does the magic and effects. hehehe. Could also mean the binding magic can "taint" parts of the island, (like the animated rats bones) and ruin/alter plant life and stuff. 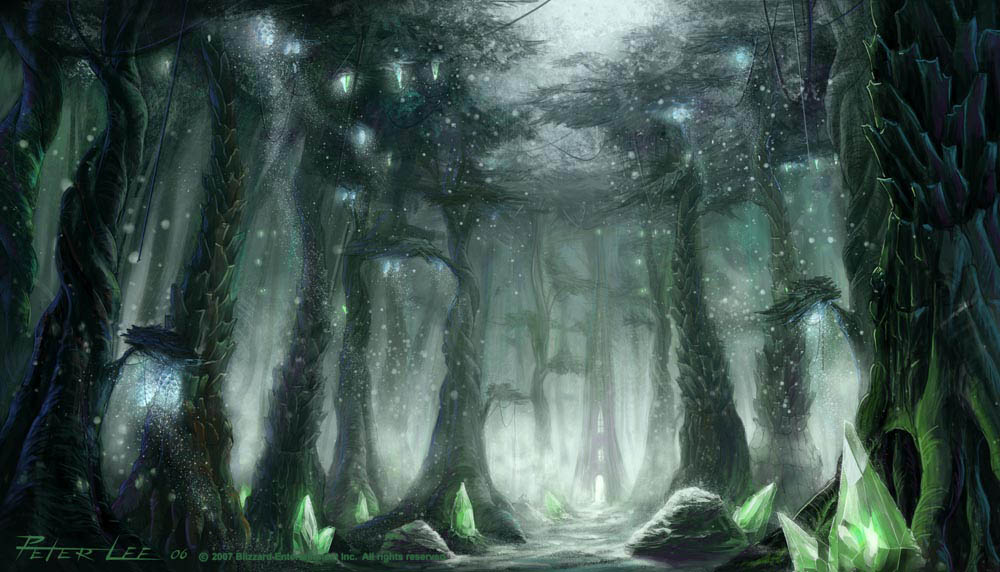 Mind you I'm just making all this up, we have to wait and see what kinds of ideas are actually planned for the game.

evilkinggumby wrote:Mind you I'm just making all this up, we have to wait and see what kinds of ideas are actually planned for the game.

Absolutely! Seith totally has his own vision for GoaT, and he is wisely keeping 99% of the details secret.

All this is pure speculation... but fun though.

evilkinggumby wrote:deep in the island is a ghost pulling all the strings... search for a way to purge the evil spirit forever.

I imagine that an immensely powerful spirit has possessed the cursed, desolate Island of Periclave. Cheerful!

My personal view and hopes on this are, that GoaT doesn't draw from the classic interpretations of magic as posted by evilkinggumby. Seing pointy hats, wardens and gems for the 1000x time in a computer game is very uninspiring. I never get why a lot of game- and artdesigners restrict themselves so much when it comes to a concept (magic) that leaves you so much freedom of what to implement and especially how to implement it into a game. It's almost as if the game designers over at DICE try to be as faithfull as possible in recreating real life guns for their Battlefield franchise, whereas game designers over at Blizzard/Bethesda/etc try to be faithfull to some kind of convention when it comes to magic.

I do understand it's hard to create something that works both from a gameplay- and a art perspective that isn't run-of-the-mill elemental magic. Possibilities of what to put into a game are of course restricted. Most games focus on combat and economy and maybe some exploring, so those are the restrictions you have when implementing magic into a game. I would like to see more magic that is directly related to the latter two.

I really don't want to come across as I'd have fixed expectations considering GoaT and magic (nice name for a future spin-off btw: Heroes of GoaT and Magic). At this early point, with the little info we have on the game, I just feel a more subtle and unconventional approach would be fitting for GoaT.

I should really stop starting all my paragraphs with personal and possesive pronouns!

I sincerely apologize to the readers for this inconvenience!

Overall, I agree with what you are saying. It is not a requirement for game designers to follow set rules and conventions, and I alway sencourage outside-the-box thinking when it comes to creative media.

That being said, since this is Seith's first game, and a generally solo effort, I won't expect him to try something that crazy. If he does have a unique vision for what "magic" really is within the island, great. But with so many details that he has to juggle, conceptualize, test (from a gameplay standpoint) and render, I can't fault him for utilizing what has been and what has (traditionally) worked for gaming in general.

I think there is a good chance we could se some alternate nature magic type stuff, which would effect abilities and senses that animals would find far more useful than normal humans would. ANd in that right, magic that s not so much elemental and destructive.

But I also think when you look at the inspirations for Seith and the games he cites as what he wants to draw from for this, there are plenty of examples where theose games went for the more traditional "typical" approach.

So really if he listened to your suggestion and went for an alternate, it's win, but if he doesn't and already had a set style of magic that is familiar, that's also potentially win. I am sure magic is just one small bit of the puzzle. Even if it ends up being stereotypical, uninspired droll, hopefully it will be the only thing that is like that and the game still ends up great.

If you want to avoid doing every other paragraph or sentence starting with self possessives.. maybe think of proposing, or asking a question, than making a declaration or statement.

@Kwisatz and EvilKing.... It looks like you are both in agreement, favoring an approach that is a little more creative than the standard approach. Yes, we can agree that the standard stereotypical approach would be ok, it is less effort, lower risk, and it might even be great fun

However, the good news for all of us is that I sense Seith is stretching to make GoaT a bit more unique. Imho, GoaT will be super-cute, but it will also have a slightly dark and spicy artistic flavor. From what I can tell, Seith is following the route described by Kwisatz:


KwisatzHaderach wrote:I just feel a more subtle and unconventional approach would be fitting for GoaT.

david wrote:@Kwisatz and EvilKing.... It looks like you are both in agreement, favoring an approach that is a little more creative than the standard approach. Yes, we can agree that the standard stereotypical approach would be ok, it is less effort, lower risk, and it might even be great fun

I agree that we are all in agreement here

Just to make clear: no matter what path Seith will go down, I'm sure it is going to be a great game.

And of course you're right David, when you say that in the end it is all about the fun and if the fireballspell is fun, it's still fun even if it has been done to death. It's just that I've come to the conlcusion that AAA game studios are responsible for producing fun games (more or less), while indie devs are responsible for producing fun games that try something new (and are perfect overall, but no pressure here


david wrote: However, the good news for all of us is that I sense Seith is stretching to make GoaT a bit more unique. Imho, GoaT will be super-cute, but it will also have a slightly dark and spicy artistic flavor. From what I can tell, Seith is following the route described by Kwisatz.

This sounds very promising! Can't wait to get some gameplay intel!
Top