Talk about anything related to Ghost of a Tale here.
Post Reply
3 posts • Page 1 of 1

This is something we have kind of touched on in other threads, but I thought you guys might be interested in a post on GOAT's tone. This comes from I've gleaned (mostly) from the publicly-available images and video going as far back as the IGG campaign and beyond, along with the playtest that I did a few months ago on a very early build of GOAT (testing compatibility and frame rate on different systems).

I'd say what I would love to see would be a game that is richly beautiful and intriguing but amongst all the beauty and charm are more adult/visceral elements that color the story. Sort of like what we saw in Secret of Nymh or even Watership Down, where it has moments of whimsy and moments of fairly extreme barbarity and even a little blood. It doesn't have to go crazy where if Tilo steps on a trap we see the lil mouse torn to shreds and dancing entrails flinging off the walls. But I don't think it needs to pussyfoot when it comes to topics that are of a more mature nature (and visuals associated with them). 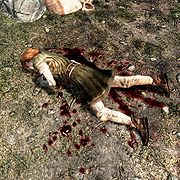 It is the intent to provide valuable information and best practices, including an understanding of the regulatory process. https://www.chokdeebacarrat.com/ole777/
Top
Post Reply
3 posts • Page 1 of 1