A Spyglass or Telescope (and other tools)

Share your ideas and thoughts for the game with the community and team.
Post Reply
6 posts • Page 1 of 1

I'd love to see some kind of telescope or binocular item in the game to give a sense of scope to the areas. If the game is going to require puzzles, elements of stealth, and avoiding some combat, it'd be kool to find a way to see far away with some handy item.

Something akin to entering a large new area and noticing the shadows of circling birds overhead, telling you simply running out across the expanse is a bad idea. So you grab a few flat leaves and some grass, scoop a few transparent stones/berries from nearby and make a (for this area) telescope to look around and survey he area. Different colored berries could have varying effects from night vision to heat vision to wide view to distance view. Make the telescope, look around, start moving. Frame the experience by having your character eat the berries or toss it aside after "x" number of uses due to the simple construction. Later on in the game you could find a tossed aside fountain pen that is actually one of those "spy" pens with a build in telescope in half of it and then you can carry it on your back for the rest of the game,. The pen could have the clickie on the side to internally flip different view modes. hehehe. 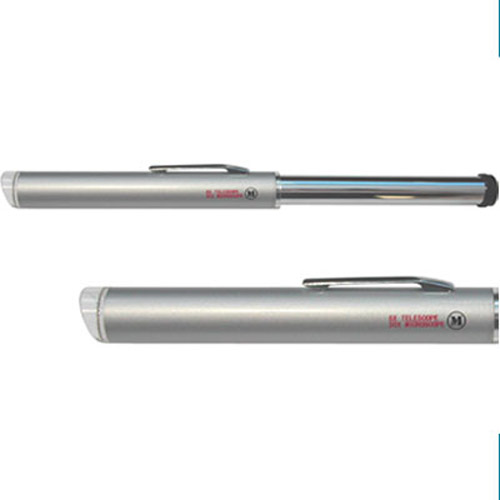 Having a sense of scope and looking at the areas around you with some concept of distance could at least hint at the "world's size" a bit. I realize this game isn't going to be massive and sprawling, but I'm hoping the various areas to traverse and explore/puzzle won't be small tight narrow pathways. And with this there is some tactical planning allowed to choose how best to cross the area. DO you use a sling and try to distract the enemies and haul across to a safe spot? Do you watch for a pattern and slide through? Do you spot a bug on a leaf across the way and plink at it with a rock to draw it closer? Etc etc.

It could also work as a method to make the game world seem like it takes place in a much bigger, richer world. Use the telescope to view areas and smaller distant islands you wish you could explore. Slip small hints and easter egg nods in foliage and terrain outside the gameplay area. I'd love to have an easter egg where if you camp for the night by a small fire on one of the beaches and use the telescope you can see a small campire WAAAY off on some distant island, and if you use the night scope you can see something sort of waving at you.

If you listen hard and keep quiet there is an soft almost imperceptible sound of music on the wind, like a flute, showing whomever ti is is also a musician.

I bet your resident musician could whip up a simple flute diddie for that.

The great thing s anything visible at great distance doesn't have to be rigged to animate necessarily, can be slightly lower resolution and even could only be half rendered to show the front portion of the object. Collision is a non issue as well. It could be terrain and an area re-using already created assets arranged slightly different. There is just something fascinating and mystical about discovering/spotting something far off and wondering what it is, who is there, and can I get to it?

I am sure other tools would be kool to see used for puzzles and combat. What do you think would be fun to see fashioned from scrap or natural materials for our hero mouse? Acorn cookpots (single use)? handmade foliage blankets? Rudimentary light sources? Grappling hook? *lol* *this was originally in the "world scope" thread but by David's request has been moved to it's own thread. Sorry for any confusion!!

All great (and dare I say "poetic") ideas!

Just a reminder though; in the world of "Ghost of a Tale" the characters are animals but their scale to the world is not akin to ours. By that I mean for example that the main character's height, being a mouse, is roughly equivalent to 1.4m (a kid's height) in our human world. The rats are towering at a bit more than 2m.

But as I said before the game will not play the trope of small items being used as huge ones by the characters. The main size differences are going to be between each races relative to each-other. For example as a mouse you will not be able to use a rat's scimitar; you simply do not have the strength to wield it. Also in terms of environment some rats living quarters are going to appear quite over-sized to a mouse.

This approach presents other challenges of course. Because when you think about it, in all the fantasy worlds out there clothes and weapons are crafted from leather and other animal materials without a second thought. But in our case the characters don't wear the skin of other people (that would be extremely creepy). So mice, as a tradition, only wear textiles and ropes made from plants.

So again you might be confronted to some over-sized environments at some point in the game but that would be the exception rather than the norm. The telescope idea is a good one; the Rats are known throughout the kingdoms to be very competent builders (think the Romans), if a rather harsh and expansionist people. They could build something like that.

Anyway, much like our own, the world of "Ghost of a Tale" is rife with wars and famine. It is a place where nothing is ever black or white and things are only rarely as clear-cut as they appear to be...
Top

Just a reminder though; in the world of "Ghost of a Tale" the characters are animals but their scale to the world is not akin to ours. By that I mean for example that the main character's height, being a mouse, is roughly equivalent to 1.4m (a kid's height) in our human world. The rats are towering at a bit more than 2m..

That is very good to know. I guess I missed that detail originally and was sizing up a lot of my ideas based on the trope you just said you will not be doing. OOPS.

It sounds like quite the challenge for the game, but I think you'll rise to the challenge and create something pretty awesome. I'll just have to scale up my goofy ideas so they seem more apropo and hopefully useful.

One question though. Since this thread is about tools and items, I'm curious what level of tech you think the realm will have. Obviously with larger swords it means they'll have skillz in smithing and metal craft. Will they also have glass items, steam or coal burning abilities, or any kind of smelting? Would they have alternate power sources available, like magic, energy crystals, or possible crude electricity? Wind? You cited the rats were akin to say, roman levels of ability, is that to imply some knowledge of the sciences?

I know you likely don't want to give away too much but.. it'd make for a neat blog post if you ever had the time. It could set a bit of the stage without necessarily giving away too much of the story or overall setting. And I'd love to see some fan art based on what you tell us.

@EvilKing, just as you say... I really enjoyed in Far Cry 1 and Crysis 1, looking at things from a distance and trying to figure out what was going on. It really gave a sense of wonder and scale, and a flavor of an open world experience. I loved getting hints as to what lies ahead, and having a silent window into the gameworld from far away... quietly observing the AI go about their business... before I shattered the peace with my presence.

For me the most memorable level in Crysis Warhead, the beach resort level, allowed the player to get up high to survey the terrain ahead, plan an interesting route and drop down from the hillside to implement the plan.

Implementing a telescopic feature is well within Seith's technical abilities: it would probably take him a day to get it behaving as he likes it. Of course, there are a lot of gameplay and level design implications to being able to see a long way, so... if he does it... he'll be thinking a lot about layout and positioning.

@EvilKing.... I also wonder about the GoaT approach to magic. It seems like there might be some, if there is to be a ghost in the story... and of course there seems to be legions of undead rats... but are ghosts/undead rats spiritual or magical?
Top

david wrote:@EvilKing.... I also wonder about the GoaT approach to magic. It seems like there might be some, if there is to be a ghost in the story... and of course there seems to be legions of undead rats... but are ghosts/undead rats spiritual or magical?

Ha ! I am surprised it has taken this long to actually drum up a discussion on magic. I guess since we didn't see a lot of it in the trailers or previous posts (at least IO haven't) it just didn't occur to anyone. But you drive a good point. With 'ghost' in the title and undead rat skeletons walking around, there is a good chance for magic or some type of spiritual energy. I don't know if the hero mouse will be much of a caster necessarily, but I could see coming across magic artifacts and remnants of the long waged battles and treasures being crucial to progressing through the game (very zelda-esque as Link wasn't really a caster, but could get wands and stuff to bring forth the elements).

That would likely be a great new thread to create if you like. My input in regards to a spyglass would be possibly finding a gemstone or lens to add to the telescope that would highlight/glow if you were looking towards one of the artifacts, or even one to better highlight collectibles/healing items/enemies. It would be neat to have a few lenses to use that could be swapped with a button press (or spin the mouse wheel *snerk*)

I'm just imagining looking through the scope and hearing the mettalic slide- *click* as you shift from one lens to another.

evilkinggumby wrote:I don't know if the hero mouse will be much of a caster necessarily, but I could see coming across magic artifacts and remnants of the long waged battles and treasures being crucial to progressing through the game (very zelda-esque as Link wasn't really a caster, but could get wands and stuff to bring forth the elements).

Yes, exactly! Somehow I can imagine the mouse in that kind of role, finding/stealing magical or spiritual items, then wielding them... as you say, just occasionally... not like a furry little wizard blasting skeletal rats left and right, though that would be kind of fun too once or twice

Whether GoaT has a spiritual system versus a magic system, or both, is an interesting question. What force powers the undead rats?

Your thoughts on lenses are also relevant. They might support an ability or abilities, a bit like 'survival instinct' in Tomb Raider, to help highlight objectives and relevant items.
Top
Post Reply
6 posts • Page 1 of 1